Can you really bootstrap a medtech company? The answer is yes. 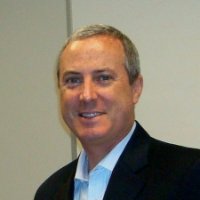 Innovators seeking to enter the world of medtech face a daunting path from concept to commercialization. Design, engineering, prototyping and preclinical testing to prepare a single FDA regulatory submission are just a few examples of the many hurdles medtech innovators must successfully clear before event attempting to realize any revenue.

For John O’Shaughnessy, Founder and CEO of Matrix Surgical USA, the path from concept to commercialization ran successfully through a partnership with GCMI. The result has been the creation of a profitable company in a $250 million market in less than 3 years since receiving its first 510K. Can you really bootstrap a successful medtech company? The answer is yes, but only if you know where to find the best resources.

What is Matrix Surgical USA?
Matrix Surgical’s roots lie in part with Porex Surgical – a material science company specializing in the technology of porous plastics. O’Shaughnessy joined Porex in 1998 while a graduate student at The J. Mack Robinson College of Business (Georgia State University). During his tenure, John ran the company’s international business including two overseas subsidiaries, and in 2009 was part of the executive team which sold the business to a private equity group who then flipped it one year later to Stryker.

Stryker severed most of the Porex workforce in November 2011 and later closed it’s Atlanta manufacturing facility in June 2013, retiring the remaining Porex Operations/Manufacturing team. By that time, O’Shaughnessy had the infrastructure and a small team of experts in place for Matrix Surgical USA, maker of porous, high-density polyethylene craniofacial implants.

From concept to commercialization in 1.5 years
The Atlanta medtech ecosystem is rich in assets. The resources medtech innovators need including funding advice, equipment, facilities, regulatory knowledge and, most importantly, relationships are here. GCMI simply helps you unlock them.

“Starting out, we didn’t engage with venture capital firms because we refused to sell a 40 or 50% stake to a group that might look to exit in 3-4 years,” O’Shaughnessy says. “That’s why we are mostly self-funded, and also why we have to watch every nickel especially in Matrix’ earliest days. Thankfully we had access to the facilities at GCMI who provided an affordable way for us to get our start.”

“GCMI levels the playing field for small medtech startups to get a toe hold, work through regulatory, make it to market and then scale. With their help, we were able to avoid millions of dollars in upfront costs.”

“Our core intellectual property is protected by trade secret, not patent, so contract manufacturing was not an option. GCMI provided access to a clean room and purchased equipment critical to our development including a Class 100 bench and pouch seal machinery for our implants. Those were the highest value assets we needed: location, quality space, equipment and storage for raw materials.”

In June 2012, Matrix started prototyping, bench testing and manufacturing at GCMI. Shortly thereafter, Matrix passed its ISO13485 audit. In December 2012 they received market clearance for Europe (CE Mark) and filed the first 510k with the FDA for the implants they currently sell. Six months later that 510k received clearance to market. They filed their second 510k for a customized implant device for which they achieved regulatory clearance in May 2013.

Advice for physician innovators with a ‘back of the napkin’ idea
“What some innovators do not understand is that they must devote their full time and effort to the product development or it won’t get off the ground,” O’Shaughnessy says. “A lot of companies run out of money before they even make it to market. My biggest piece of advice to medtech start-ups is that when putting together your budget and calendar, double the financial resources you think you will need and double the time to break even. Once those numbers sink in, find your GCMI.”

Matrix went from proof of concept to profitability in less than four years, a feat that many medtech innovators only dream of.

“If it wasn’t for Tiffany and GCMI, Matrix would not be here today,” says O’Shaughnessy. “And we still have a growing relationship with them.”

Today, hundreds of surgeons in over 60 countries around the world and literally thousands of patients have benefited from Matrix Surgical USA’s products.

If you are a medical device innovator with a ‘back of the napkin’ idea,’ or want to learn how to your take your device through the regulatory pathway to market, and then scale your company, contact GCMI today. Or simply email info@devices.net.