Stephen Kalinsky and Jared Meyers met on their first day as students in the Department of Biomedical Engineering at Georgia Tech. Five years later, the graduates have completed a 3-month tenure at ZeroTo510 in Memphis and are currently midstream in their endeavor to advance health and dignity for people dealing with spinal injuries or neurological disorders. 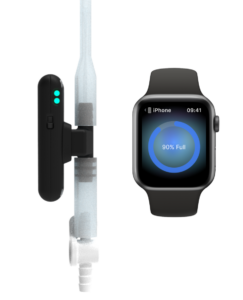 From Joshua Stuart for the Coulter Department of Biomedical Engineering, “Augment Health Bladder Management Device is a sensor that fits between a catheter and catheter valve and sends notifications to a smartphone or other device when the user’s bladder is full.”

“We founded Augment Health, Inc. to commercialize this invention so we can get it into people’s hands and help them to achieve improved peace of mind and quality of life,” Meyers said. “The technology seeks not only to limit, if not eliminate, embarrassing events that seem inevitable for those who require catheters and urine collection devices, but also to minimize directly associated urologic and urinary health concerns. The data our device collects also provides a clearer picture of bladder health, which is an important piece of the puzzle, for the urology community and their patients.”

Prior to ZeroTo510, Kalinsky and Meyers accelerated their innovation as part of Create-X’s 2021 Startup Launch cohort. The follow-on work, particularly with GCMI Clinical Liaison Dr. Emily Blum, helped ground the project in the capstone of medtech innovation, patient-centric clinical need.

“The ability to clearly, accurately define the clinical need, then solve engineering problems like volume and pressure measurement, design elements, sensor selection and integration among other valuable features, has kept our focus where it needs to be and given the technology an outstanding chance for delivery of clinical value and successful commercialization,” Kalinsky said. “By the time we entered ZeroTo510, we had gained a significant amount of confidence in the unmet need, the technology and the medtech-based business we are building.”

The 2021 Create-X Demo Day was August 26th. The team moved to Memphis on September 6th.

“Our experience at ZeroTo510 in Memphis opened our eyes further to not only the problem and solution, but to the magnitude of the reimbursement landscape, needs and the closely associated demands for follow-on investment,” Meyers said.

Now based in Nashville, Augment has added two additional advisors to its team and formalized its relationship with GCMI for prototypes appropriate for early clinical testing, next-level funding and development cost expectations and support for an upcoming SBIR funding application. 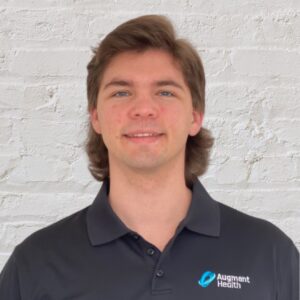 “The next eight to 12 months will be busy with biocompatibility, electromagnetic and signal testing, transferring our quality management systems to an electronic environment and studies for accuracy based on the device’s intended use,” Kalinsky said.

Just how far will Kalinsky and Meyers take the technology?

“When your ‘north star’ is doing what’s right for the patient and the user, everything else can follow,” Meyers said. “The best way to accelerate clinical adoption and utility is to prove your early hypotheses, generate data and gather clinical input. We believe there is potential for data our technology will gather that we do not fully understand yet. Working with bigger players for distribution or reach on the commercial side is still a few steps down the road.”

When asked what advice they would give their ‘former selves,’ Kalinsky and Meyers encourage other aspiring medtech innovators to talk to regulatory consultants early and validate early advice or assumptions against published FDA guidance and others with significant regulatory experience. 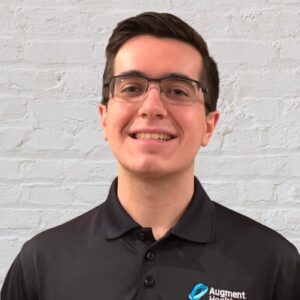 “A significant amount of the guidance on testing our technology already exists in published form by the FDA,” Kalinsky said. “But one erroneous statement in the regulatory realm, from an advisor or within a regulatory submission can have costly downstream effects that damage or delay a technology’s path to commercialization and clinical utility.”

In addition to actively raising an early round of funding to wrap up initial R&D and begin early commercial efforts, the Augment team welcomes new conversations with those with first hand knowledge of the problem they are seeking to solve, be those patients, supporting loved ones or clinical experts interested in data and diagnostics for the urology community.

Contact Jared Meyers at jared@augmenthealth.org to start the conversation.