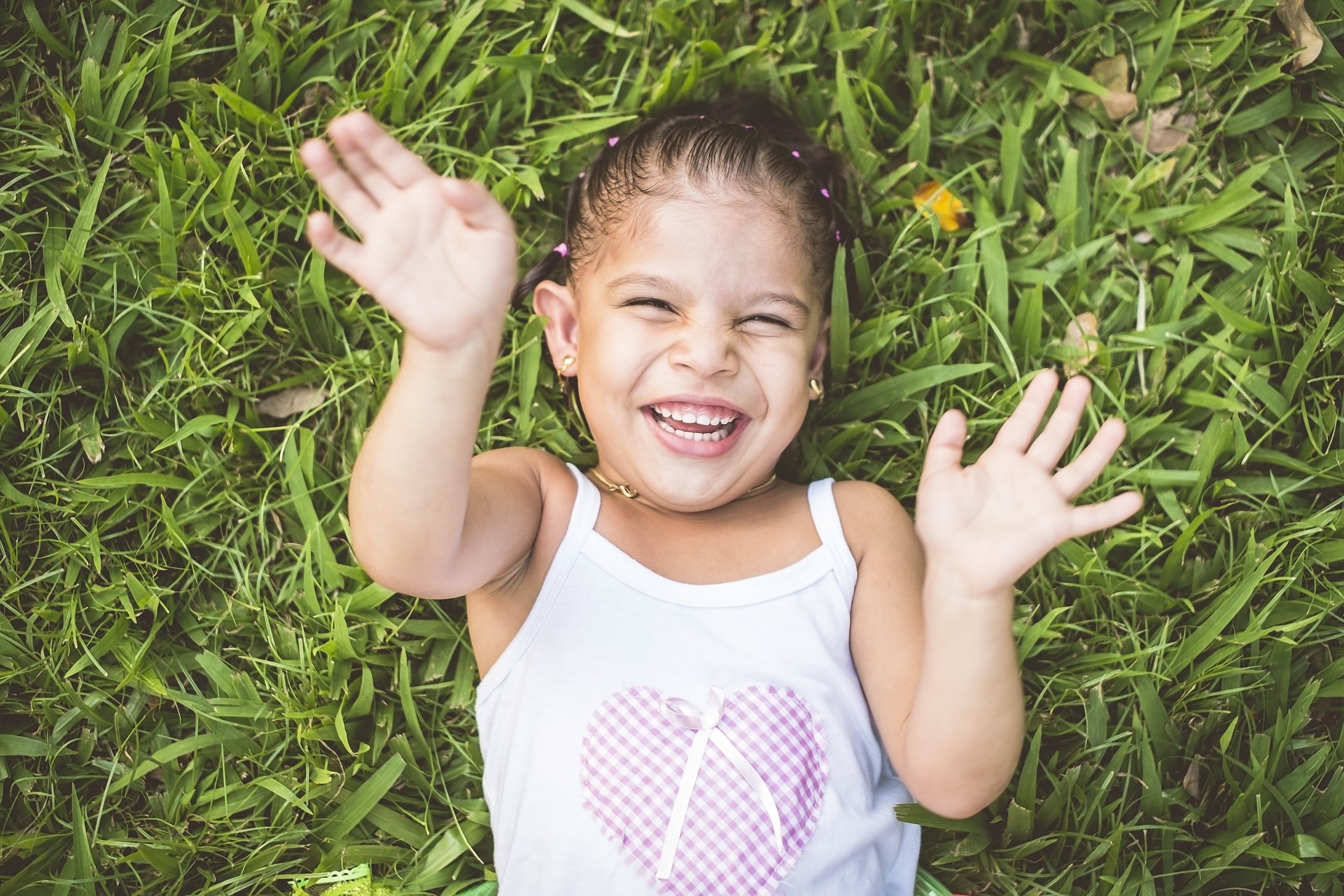 Sometimes nature does not provide enough of the human heart’s own, rare and precious, ‘pacemaking cells’. When this occurs, at any stage of life, electro-mechanical, implantable pacemakers help restore the resting heart rhythm with which we are born.

Currently, there is no alternative therapy for this condition to implanting pacemaker devices that has been proven for decades. But what happens with newborns or pediatric patients whose physiology, including physical size and elevated normal heart rates, do not allow for implantation of a pacemaker?

Children’s, especially newborns’ and infants’, heart rates are much faster than adults because their physiological needs are much higher. When a pacemaker is needed, the battery drains much faster. For congenital heart disease, patients require two to three high risk surgeries to replace the device to survive. Additionally, pacemaker wires can come off and break in small children who move around a great deal.

Enter the work of Dr. Hee Cheol Cho and his colleagues.

From Children’s Healthcare of Atlanta and Emory University, “Dr. Hee Cheol Cho is a stem cell/cardiology researcher. Cho joined the Department of Pediatrics at Emory University School of Medicine, and Emory-Children’s Pediatric Research Center. He and his team will focus on developing gene-and cell-based therapies for cardiac arrhythmias. Their research are complementary to the research of several groups, such as those led by Chunhui Xu, Young-sup Yoon, Mike Davis and W. Robert Taylor.”

The Technology – Gene and Cell-Based Bio-Pacemakers

Dr. Cho says the past 17 years of his work have been motivated by these problems and magnified in the need of pediatric patients with insufficient pacemaker cells. He and his colleagues have determined that gene and cell-based therapies for “biological pacemakers” would have advantages in better responses to the body’s demands of exercise or stress, and being more flexible in size with pediatric patients. 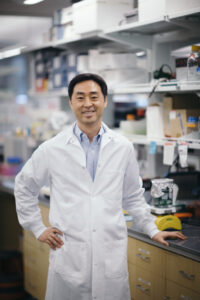 0063001-17SN
2017_06_30: Environmental Portrait of Hee Cheol Cho and his staff working at a lab in the Health Sciences Research Building on the Emory University Campus in Atlanta, GA. Stephen Nowland/Emory University

Cho’s early studies demonstrated that typical heart cells can be made to beat on their own by manipulating the genes that allow ions to flow. He describes the work as reasonably successful in the dish and small animals, but the ability to speed up or slow down the rate, the ability to maintain heart rate at different age groups, is not inherently engineered by ion channel engineering.

In 2009, Cho envisioned a reprogramming concept to regenerate pacemaking heart cells. Can the identity of one cell be converted into another? One of the many embryonic genes he and his colleagues tested actually worked well in converting heart muscle to pacemaker cells.

“The more translational we became, the more I understood the lives of the patients who have to live with existing pacemaker technology,” he said. “I saw this first in adults, then in pediatric patients at Children’s [Healthcare] in Atlanta in 2014, in infants with pacemakers taped on their bellies because the devices were too large for implantation.

“I was compelled by a sense of duty to push our technology closer to the bedside. We have reached the point at which patients and families are discovering our work and sending us emails asking to be part of our clinical trial when it happens.”

By delivering a single gene, Dr. Cho’s technology can convert heart muscle into autonomously functioning pacemaker cells like the precious few ones we are born with that do not regenerate on their own. The research team have developed the technology to regenerate the pacemaking tissue with a single injection of a key gene.

In 2017, Dr. Cho teamed with Georgia Tech Associate Professor of Biomedical Engineering Phil Santangelo whose mRNA delivery system and proficiency in chemistry was a perfect fit for Dr. Cho’s gene therapy application. Dr. Santangelo made the first batch of messenger RNA for as a test. Dr. Cho said he never imagined that their tests would show the mRNA would enter the heart cells so well and make the gene products so effectively, but it did.

In 2014, Dr. Cho traveled the country evaluating locations, facilities and resources he and his colleagues would need to further translate their technology ever closer to first in human and clinical trials.

Three ecosystem assets and attributes separated Atlanta as the winning candidate for the continuation of Dr. Cho’s groundbreaking work.

“Children’s Healthcare of Atlanta was important to our decision to relocate from Los Angeles because of the number of patients we could see, and potentially improve their lives,” Dr. Cho said. Second, the community of bioengineers and researchers at both Emory University and Georgia Tech is beyond robust and of immense value having in such proximity supporting our work.”

Last, but not least, Dr. Cho cites GCMI/T3 Labs as the final piece of the puzzle that clinched it for him.

“The ability to conduct fundamental and translational studies in small and large animal models in the same location with a highly qualified preclinical staff who understand our needs and our science was the final piece of the puzzle. I distinctly remember flying out of Hartsfield-Jackson that day knowing that this is the place.” 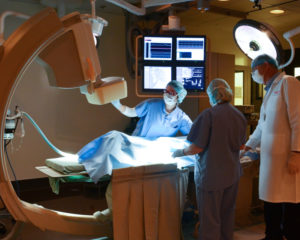 “Designing and managing the logistic demands of a large animal study is complex and requires much more knowledge than a bench scientist’s,” he said. “That’s where the team at T3 Labs has been exceptional. They fill in all of the translational gaps for our requirements with very high levels of proficiency. The ability to execute cardiac cath lab preclinical programs combined with electrophysiology is exceedingly rare. T3 Labs has the infrastructure and expertise to make it happen.”

“Whenever I need a letter of support, GCMI/T3 Labs has been ‘right on the dot.’ I sometimes discover documents needed in the final 24 hours before the grant deadline. When you have to have it right then and there, the T3 Labs team does everything in their power to make it happen. That is not a small thing in preclinical capability and support.”

The Results: “Our Confidence in the Data Cannot be Higher.”

Can a biological pacemaker pace the heart? To answer the question T3 Labs measured heart rate data in a large animal model 24/7 for four straight weeks to understand if the technology can pace the heart without a device. To do so, they surgically lowered the subject’s heart rate, creating the heart condition the technology seeks to impact. Then the team delivered the mRNA based gene therapy.

Electrocardiogram (ECG) from the “biopaced” subjects showed near normal heart rates as well as the ability of the biological pacemaker to pace faster during the day and slower at night. The evidence suggests the technology can create cardiac pacing with no machine in the body as early as one day after the therapy. The team anticipates that the therapy will also lead to better clinical outcomes and quality of life, as the patients’ heart rate will adapt to their physical activity and blood pressure levels.

“Our confidence in the data generated by our in vivo studies with T3 Labs cannot be greater,” Dr. Cho said. “The quality of the data leaves no uncertainty and a painstaking review of the 30–day continuous ECG data by two cardiologists has revealed no dangerous arrhythmias or safety concerns in the subject animals. The quality control and confidence in the data cannot be greater because those cardiologists reviewed the data bit by bit. It took seven months.”

The project has since secured four grants in the past 12 months including $4.5 million from the Department of Defense, which will fund most of the IND enabling studies needed for FDA approval and first in human trials. Those studies will range from three months to up to one year for full spectrum of function.

The American Heart Association and Children’s Heart Foundation has provided $300,000 in funding for three years given the project’s significance in terms of patient need. The National Institutes for Health has granted the project $1.8 million for next four years to study heart rate control with bioengineered pacemakers.

The team at GCMI and T3 Labs thanks Dr. Cho for helping tell this story and for continuing to entrust us with the preclinical requirements that may ultimately change so many lives for the better.

If you are interested in learning more about our preclinical facility, team, capabilities and resources, email info@t3labs.org. We’ll get you connected to the right member of the team.