From concept to commercialization: how GCMI is helping one physician innovator bring new medtech out of his garage and into a $10B market

GCMI is a multifunctional tool. This is made apparent by stories like Hunter Moyer’s with Vivid LED technologies. Before finding and engaging GCMI he had already conceptualized a new medtech product, built a prototype, and then found himself asking “What’s next?” That is where GCMI stepped in. 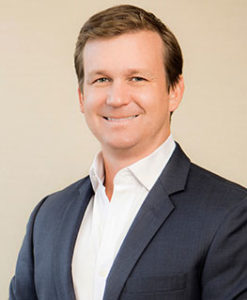 Vivid LED Technologies makes an at-home LED device for both facial rejuvenation and acne treatment. The brainchild of Hunter Moyer MD, Vivid was born from a desire to improve existing technologies. Moyer is a plastic and reconstructive surgeon by trade. He earned his medical degree from Emory University. However, his undergraduate degree is in Electrical Bioengineering from Georgia Tech. This background led him to develop the Vivid LED prototype literally in his garage.

His practice currently uses the gold standard laser to remove fine lines and wrinkles as well as bacteria that causes acne. He believes improvements in the current technology at use in clinics and at home are within reach. The alternative for a person seeking less invasive or aggressive treatments is to travel to a spa twice a week to receive LED treatments: not a particularly enticing or convenient proposition in Atlanta traffic. There are at-home LED products currently on the market, but Moyer says they are bulky, static, and not user friendly. So he set out to solve the problem.

The technology itself is an at-home handheld device that connects to a cell phone application to deliver therapeutic light. Moyer’s device is designed to increase user compliance by making at home treatment easier. Vivid LED Technology falls under the umbrella of cosmetic pharmaceuticals, which is a market space reaching upwards of 40 million consumers and $5B annually. The multifunctional capabilities of his device adds an additional 40 million potential customers dealing with cystic acne.

Moyer had a product, but he lacked detailed knowledge of the step-by-step process required to bring a new medical device to market.

Moyer was introduced to GCMI through Richard DiMonda, Life Science Commercialization Advisor at Georgia Tech. Upon meeting, GCMI CEO Tiffany Wilson asked Moyer the question she asks of all physician innovators: “Is this a product or a company?” For Moyer the answer was simple. He wants to continue being a physician, so it is smarter for the technology to be a product within another company.

“GCMI is a huge asset [to physician innovators],” Moyer said. “Tiffany, her staff and her network have provided access to investors, clubs, and pitch opportunities, among many other resources and insights, needed to secure relief of financial burden in order to bring our device to market.

Secure your IP, then find your GCMI

“One huge piece of advice I have for physician innovators is to first secure the IP and then find a ‘GCMI,’” says Moyer. “They offer direction and insights into the medtech landscape and marketplace to help determine whether or not your idea makes sense. Otherwise you are wasting time and money.”

Vivid’s current project is in the FDA approval pathway, and could enter the market in 2017.

Are you a physician innovator or engineer with an innovative medtech idea, but aren’t sure of its market feasibility or commercialization pathway? GCMI can help.